Audiences are getting another preview of Thomas Thunder’s new album.

‘The Pharaoh’s Temple’ is the title track and second single from Thunder’s forthcoming album, which is scheduled for release in September. An exact release date is under consideration. The premiere of ‘The Pharaoh’s Temple’ comes less than a month after Thunder premiered the album’s lead single, ‘Crystal Illusion.’

The musical arrangement featured in ‘The Pharaoh’s Temple’ is similar stylistically to that of ‘Crystal Illusion,’ but still boasts its own identity. Sherinian’s work on keyboard once again leads the way, showing his influence from his solo career and his work with Dream Theater and Sons of Apollo. Thal’s expertise on the guitar line cuts thought just as much while Thunder’s own performance on the drums proves once again that the teen drummer could easily be the next Mike Portnoy. Franklin’s work on bass adds its own touch with its fullness.

More information on Thomas Thunder’s new single is available along with all of his latest news at https://thomasthundermusic.com. 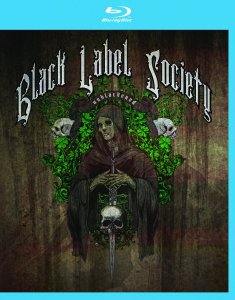 Black Label Society’s Unblackened is not the first live recording released by the band.  It is however a recording that any true society dweller from any chapter will want to include in their own Black Label library.  As front man Zakk Wylde notes in the recording’s bonus interview segment, the performance contained on this recording is not an acoustic show.  It is by and large a selection of songs altered from their original state.  In some cases, the songs have been toned down from their originals.  In other cases, the songs have just been altered and made even more beautiful and moving than before.  That’s just one part of what audiences will appreciate from this new live recording from Black Label Society and Eagle Rock Entertainment.  The performance itself is noteworthy.  That’s because unlike most normal Black Label live events, this one is itself toned down.  Audiences will also appreciate the bonus material included with the recording.  Already mentioned is the bonus interview.  It is the highlight of the bonus features.  There is also a home movie of sorts included from HM Prison in the UK.  It’s a great opportunity to see Wylde sitting down and performing by himself.  These two additions and the bonus music video for ‘Losin’ Your Mind’ complete the presentation and make it another must have for any true BLS fan.

The first thing that audiences will appreciate from Unblackened is the presentation of the songs that make up the show’s set list.  Longtime BLS fans that recall the band’s 2011 semi-acoustic release, The Song Remains Not The Same will get a pretty good idea of what to expect from this show in listening to that record.  Much like with that release, the songs included in the set list for this show are not acoustic.  Rather, they are toned down by and large from their heavier original forms.  In other cases, the songs have been re-tooled and made even more beautiful and moving from their already “slower” state as Wylde himself stated of them in the recording’s bonus interview.  Wylde said himself in an interview some years ago that a song doesn’t have to be heavy and crunching to be heavy.  He has proven that time and again since then.  This latest performance is just the latest way in which he has proven that, too.  They also prove that it’s okay for even the toughest people to have a softer side.  Speaking of that softer side, the show itself presents a softer side of both Zakk Wylde and Black Label Society.  It’s another reason for any BLS fan to check out this live DVD and Blu-ray.

The songs chosen for the set list in this show are a big reason for the show’s success.  But there is still more to take into consideration in evaluating this recording.  The show itself is another factor to take into consideration.  Just as the songs in the show have been toned down and re-tooled, so has the show itself to reflect that altered vibe of the songs.  Just as Wylde and company prove that songs can be heavy without being HEAVY, the set itself proves that a show can be powerful without pryo, and all of the other standards that go with typical hard rock shows.  It’s really a wonderful experience to behold even in watching from home on DVD or Blu-ray.  That’s especially the case in watching the emotion in Zakk’s eyes as he sings ‘In This River’ and ‘I Thank You Child.’  The home video that accompanies this song makes it an even more emotional moment.  Watching Zakk’s reaction to seeing his younger self with his daughter will bring a tear to anyone’s eye.  It’s just one of so many wonderful moments shared throughout the concert.  And it’s just one more reason that this is such an incredible performance.

The songs and the overall concert itself are both factors that make Unblackening a must have for any BLS fan.  Fans will also appreciate the bonus interview and solo performance from Zakk included in the recording.  The interview is broken up into short segments that are bookended by mini-segments of the main concert.  The “interview” segments are so enjoyable because fans get to see just how down to earth Zakk is.  This critic has had the honor of personally interviewing Zakk many years ago.  And the man presented in these segments is the man that this critic interviewed.  He is easygoing.  None of his comments are meant to be taken with much seriousness.  It’s a great chance for fans to see this side of Zakk especially if they hadn’t seen this side of the veteran guitarist and vocalist before.  The home video of his solo performance at HM Prison in the UK is just as enjoyable as his “interview” segments.  It is a home video of sorts.  So audiences shouldn’t expect the audio to be expert level.  But it’s still a wonderful experience because it shows just one more side of Zakk that perhaps audiences might not usually get to see.  Together with the aforementioned “interview” segments and the main feature, it makes the whole of Unblackened another great live recording from Eagle Rock Entertainment and Black Label Society.  It is available now on CD, DVD, and Blu-ray.  More information on this and other releases from Eagle Rock Entertainment is available online at http://www.eaglerockent.com and http://www.facebook.com/EagleRockEnt.  To keep up with the latest sports and entertainment reviews and news, go online to http://www.facebook.com/philspicks and “Like” it.  Fans can always keep up with the latest sports and entertainment reviews and news in the Phil’s Picks blog at https://philspicks.wordpress.com.

Eagle Rock Entertainment has done something to which few if any other record labels can do.  Somehow, some way, Eagle Rock Entertainment has managed to raise the bar over and over with each one of its new live releases.  It seemed like after 2012, there was no way that it could top itself.  Then 2013 came along and it inexplicably topped itself over and over again.  And now, it has done just that once more with the brand new release of Live in Tokyo from virtuosos Mike Portnoy (Ex-Dream Theater, Liquid Tension Experiment, Transatlantic), Billy Sheehan (Talas, Mr. Big, David Lee Roth), Tony McAlpine, and Derek Sherinian (Planet X, Ex-Dream Theater, Platypus).  This new live release is one more incredible release from Eagle Rock that continues to prove why this company is at the front of the pack when it comes to live recordings.  And it’s now available on double-disc CD, DVD, and Blu-ray as well as digitally.

Whether one is a fan of Dream Theater, Planet X, Mr. Big, David Lee Roth, or even every one of the projects in which these top talents has ever taken part, this live recording is an absolute must for audiences on either side of the fence.  The ninety-minute plus performance covers material from each of the artists’ body of work.  It opens with a bang with the first movement of Dream Theater’s famed A Change of Seasons EP before seguing into the hit ‘Acid Rain’ from Portnoy’s Liquid Tension Experiment side project.  Both songs were the perfect choice to open the performance as they waste no time setting the tone for the rest of the night.  Regardless of which side one takes on the split between Portnoy and his now former brothers in Dream Theater, there is no denying that he hasn’t lost a single step since his decision to step out on his own. And if one were listening to these two songs without seeing that it wasn’t Liquid Tension Experiment or Dream Theater, they would instantly think it was both.  That’s the level of talent displayed not just by Portnoy, but by his band mates in this performance.

The opening pair of performances from this recording’s set list are incredible to say the least.  They’re just the tip of the iceberg as audiences will note.  Whether in the slower, more groove oriented ‘Stratus’, the manic energy of Sherinian’s own composition, ‘Apocalypse 1470 B.C.’ or another of Dream Theater’s hits, ‘Lines in the Sand’all four musicians on stage proved what makes them such highly respected individuals.  McAlpine and Sheehan may have never been members of Dream Theater, but they showed that they know Dream Theater’s catalogue.  Had John Petrucci and John Myung been in attendance, they would have been smiling.  The same can be said of Sherinian’s band mates from Planet X of Portnoy and company in ‘Apocalypse 1470 B.C.’  And the band’s take on composer Georges Bizet’s ‘Farandole’ is truly something to behold.  Collectively, these four men have crafted a show that is anything but a tribute band or cover band.  Rather, what they have done is crafted a show celebrating the other and their work.

The songs chosen for this performance present four musicians that are at the top of their game.  And the quality of the recording both on its visual and audio side is top notch, too.  The audio and video mix on the DVD and Blu-ray is perfectly balanced.  This is especially noteworthy being that this performance was recorded at an indoor venue.  Indoor venues present their own problems for recording even at a professional level because the sound is contained in such a finite space.  It could so easily cause the mix to become “muddy.”  But Simon Phillips and company overcame that boundary with ease both on the visual and audio side of the recording.  Those behind the cameras deserve just as much credit as anyone for capturing the concert.  The angles of the shots put home viewers right up in the drum throne with Mike Portnoy and alongside his band mates.  At other times, the wide angle crowd shots are just right in capturing the enjoyment of the audience.  Viewers can see the genuine appreciation of the audience in attendance for what each musician presented.  It serves to heighten the overall viewing experience even more.  And together with that expertly mixed video and audio, it all comes together to make Portnoy Sheehan McAlpine Sherinian Live in Tokyo one more bar higher set by Eagle Rock Entertainment, and a definite must for any fan of each member’s bands past and present.  More information on this and other releases from Eagle Rock Entertainment is available online at http://eaglerockent.com and http://www.facebook.com/EagleRockEnt.