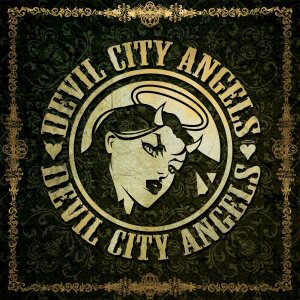 Devil City Angels debuted its latest single ‘All I Need’ this week and is currently streaming the single online via Revolver Magazine. Audiences can hear the song now at Revolver’s website at http://www.revolvermag.com/news/devil-city-angels-premiere-new-song-all-i-need.html. Audiences that are fans of the rock sound of the late 80s and early 90s will enjoy this song with its lighthearted sound. Its debut follows the premiere of the video for the album’s lead single ‘Boneyard,’ which can be seen online now via YouTube at https://www.youtube.com/watch?v=UjrB0N6aBvY&feature=youtu.be. The video is a direct throwback to the classic rock videos of the 80s complete with footage of the band performing and of course the mandatory female dancer.

Devil City Angels will be available in stores and online on Friday, September 18th via Century Media Records in a variety of bundle packages as well as by itself. Pre-orders for the album begin tomorrow via iTunes and Century Media’s online store. Those choosing to pre-order the album via Century Media’s online store can do so online at http://www.indiemerch.com/cmrecords/brand/devil-city-angels. Those that pre-order the album via iTunes will get both ‘All I Need’ and ‘Boneyard’ as instant grat racks. It can also be pre-ordered via Amazon at http://www.amazon.com/Devil-City-Angels/dp/B01169B5NY. 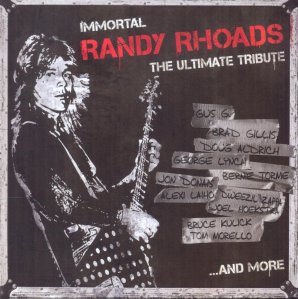 Cover albums and tribute records are a dime a dozen. It would be no surprise if it turned out that there are more covers albums and tribute records churned out every year than albums of actual new material. Considering the number of covers albums and tribute records churned out each year–most of which are little more than contractually obligated space-fillers–it means that most of the noted compilations will either sit on store shelves and fade into obscurity or they will just end up being shipped back to the record companies from whence they came. So that leaves the question as to which compilations are worth at least one listen. This past March, UDR answered that question at least to a point with its new tribute to the late guitarist Randy Rhoads Immortal Randy Rhoads – The Ultimate Tribute. The eleven track disc is one of those records that is worth at least one listen if no more. It features covers of some of the most famous songs on which Rhoads performed before his untimely death on March 19, 1982. That is just one of the reasons that audiences will want to give this record at least one listen. The lineup of artists tapped to re-work Rhoads’ songs is another reason that audiences will want to give this record at least one listen. And then there are the disc’s production values. Grammy award-winning producer Bob Kulich manned the boards for the project. Listening to the balance of each part within each song, it’s no wonder that the album’s production values are so noteworthy. All three elements on their own are worth their own share of attention. Combined, they show that Immortal Randy Rhoads – The Ultimate Tribute, while not immortal itself, is a compilation that fans of Rhoads’ work will want to hear at least once.

Immortal Randy Rhoads is not the only collection of songs co-written at least in part by Randy Rhoads and recorded by Rhoads. Despite this, it still stands as a collection that fans of Rhoads’ work will want to hear at least once. The main reason for this is the fact that the eleven-track disc, which comes in at a total of fifty-two minutes, focuses not just one Rhoads’ short-time with rock legend Ozzy Osbourne, but on his career at large. Yes, the majority of the record’s body is composed of songs that Rhoads co-wrote and recorded with Ozzy. But, there is also a pair of songs featured here representing his time with Quiet Riot in the form of ‘Back to the Coast’ and ‘Killer Girls.’ Producer Bob Kulich heading the whole project, one can only imagine that he had a hand in the sequencing of the songs that make up the compilation. While there are only two songs representative of Rhoads’ work with Quiet Riot, they change things up just enough to keep listeners engaged. The same can be said of the overall mood of the songs in whole. The mood changes with each song just enough, too to keep listeners engaged. Both the changing mood of the songs and the compilation’s sequencing overall make for a solid foundation on which the rest of the record’s elements rest, thus making plenty of reason within itself for listeners to check out this compilation.

The songs that make up the body of Immortal Randy Rhoads – The Ultimate Tribute make a solid foundation for the record. Their sequencing and the overall changing mood of the songs from one to the next will encourage listeners to give the record at least one listen. The artists that were tapped to re-work the songs make for just as much reason for audiences to check out this collection of songs. Famed singer Tim “Ripper” Owens (Iced Earth, Judas Priest, Yngwie Malmsteen) handles vocal duties for much of the record save for just three songs–‘Crazy Train,’ ‘Mr. Crowley,’ and ‘Back to the Coast.’ Vinny Appice (Black Sabbath, Dio, Kill Devil Hill) shares drumming duties with fellow veteran drummers Brett Chassen and Frankie Banali (Quiet Riot) while Ozzy’s latest axe-man Gus G. shares duties on the guitar with Joel Hoekstra (Whitesnake, Trans-Siberian Orchestra, Night Ranger), Doug Aldrich (Revolution Saints, Dio, Whitesnake), Brad Gillis (Night Ranger, Ozzy Osbourne, Rubicon), Alexi Laiho (Children of Bodom) and even Bob Kulich himself. Dweezil Zappa joins in on bass on one song while Rudzy Sarzo (Quiet Riot, Ozzy Osbourne, Whitesnake) handles bass duties on a number of the disc’s songs. There are other names included in the collection’s lineup. These are just some of the figures tapped to record and perform Rhoads’ songs. It’s not just a bunch of no-name individuals, either. It is a who’s who of rock’s past present and future. Some of them were friends of Rhoads. Others were closely familiar with his work. Such closeness with Rhoads and his work means a certain level of respect for both, which in turn leads to the product presented on this record. It isn’t just a bunch of material slapped together haphazardly save maybe for the disc’s opener. That one is self-explanatory. Other than that moment, the rest of the material presented in this record by the A-list of musicians shows true respect for Rhoads and his legacy. It translates clearly through to listeners, too. And in translating so well, it shows once more why this collection is worth at least one listen.

The songs that make up the body of Immortal Randy Rhoads – The Ultimate Tribute and the artists tapped to re-works Rhoads’ classic songs are equally important to the success of this record. Considering their importance, they would not be worth even the slightest mention without a mention of the work put in behind the glass during their recording. Grammy award-winning producer Bob Kulich is to thank in large part for making the songs sound as good as they do. Listening to the songs and hearing their balance, audiences will be pleasantly surprised at how well each song is balanced. The balance allows for every one of the superstars featured in each song to get his moment. Not only that but it allows for the full body of each of Rhoads’ songs to come through. The result is eleven tracks that sound equally solid from one to the next and ultimately eleven tracks that will keep listeners fully engaged from the collections’ first song to its last. In giving each song a chance and considering each of the noted elements, every listener will agree once again that among all of the covers albums and tribute records out there, this is one that deserves at least one listen rather than being left on store shelves.

Hopefully it has been proven by now that among all of the covers albums and tribute records that are churned out every year, UDR’s recently released tribute to Randy Rhoads, Immortal Randy Rhoads – The Ultimate Tribute is one that is deserving of at least one listen; this despite the fact that it is not the only tribute to Rhoads that has been released so far this year. It is not one those records that was just tossed together to make a little money for the label. That is made clear through the record’s collection of songs, its all-star cast of performers, and its production values. It is a record that Rhoads’ fans of all ages will appreciate. It is available now in stores and online. More information on this and other titles from UDR is available online now at: