Time is officially ticking away to the end of the year, so as the countdown moves closer to the year’s final moments, those annual year-ender lists are starting to show up.  Keeping that in mind, Phil’s Picks has its own year-enders.  As is the case in year’s past, this year’s series of lists starts with the smallest releases, the year’s top new EPs.  Topping this year’s list of new EPs is none other than Nine Inch Nails’ new EP, Add Violence.  This five-song record takes all the best elements of Trent Reznor’s work from With Teeth all the way up to his most recent Nine Inch Nails record, Hesitation Marks both musically and lyrically.

Also included in this year’s list of the year’s top new EPs are independent releases from Paul Johnson & The About Last Nights, Chapel, Light The Way and others.  The list, as in years past, includes the year’s Top 10 new EPs as well as five additional honorable mention titles, for a total of 15 records.  With all of that having been noted, the following is Phil’s Picks 2017 Top 10 New EPs. 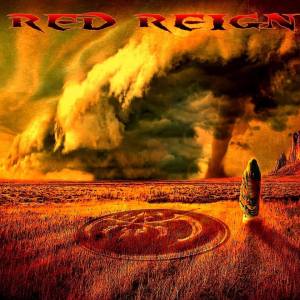 Early last December, Red Reign released its latest studio recording, a five-song self-titled EP.  The self-released record is a work that will appeal to any fan of the songs that made up rock’s mainstream during the late 1980s and early 1990s.  This applies both in regards to the record’s musical arrangements and its lyrical content.  The record’s opener ‘Not That Way’ solidly serves to support that statement.  ‘Chains,’ the record’s third entry, is another of its songs which supports that statement.  It will be discussed later.  The same can be said of the record’s title track.  Each song is important in its own right in showing why fans of rock from that bridge between the 1980s and 90s will enjoy this record.  The other two songs not noted here are just as important in their own right, too.  All things considered, Red Reign proves to be a record that any classic rock fan will appreciate. That is the case even with Red Reign being a more modern act.

Red Reign’s new self-titled, five-song EP is a work that any “classic rock” fan will appreciate.  That is exhibited in no small part through the record’s opener ‘Not That Way.’  The song’s guitar-driven musical arrangement takes listeners back to rock’s early 90s era, conjuring thoughts of Queensryche, Joe Satriani, Van Halen and other similar acts.  Drummer Sam Bendheim’s time keeping on the song provides the song even more depth as he keeps the song moving solidly forward.  Front man and guitarist Carlton McMichael even conjures thoughts of former Queensryche front man Geoff Tate through his vocal delivery.  The song’s musical arrangement is clearly an important part of its whole, but is just one key part of that presentation.  Its lyrical content is just as important to discuss as its musical arrangement.

The lyrical content comes across as an anti-break-up song of sorts.  That is especially inferred as McMichael sings in the song’s chorus, “How things have changed/But it’s not the same/No it’s not that way/You had your chance/And you let it slip away.”  If there was any doubt left about the song’s upbeat message, the song’s second verse alleviates that doubt almost instantly as McMichael sings, “All these years have passed/And I’ve found somebody new/I never ever, ever think of you/Then you come around/Cause you thought you could/But I broke those chains so long ago/And it feels so good.”  The song’s subject goes on to sing in the verse’s back end about being heartbroken long ago and having moved on.  It is a rare message sent in songs centered on relationship break-ups.  Keeping that in mind, that positive, upbeat message does plenty to make ‘Not That Way’ stand out.  When it is coupled with the song’s equally upbeat musical arrangement, the two elements show clearly in themselves why Red Reign will appeal to “classic rock” fans.  It is just one of the songs that serves to support that statement.  ‘Chains’ serves as just as much of an example of why classic rock fans will appreciate the record.

‘Not That Way’ is a clear example of what makes Red Reign’s new self-titled EP a work that any classic rock fan will appreciate.  That is due in no small part to the song’s upbeat and uplifting lyrics and its equally positive musical arrangement.  It is of course just one of the songs that serves to show why this record will appeal to the already noted audience.  ‘Chains’ is another example of why that audience will enjoy this new offering from the Richmond, Virginia-based rock act.  Its musical arrangement sits at the base of its notoriety.  As with the record’s opener, there is an obvious influence from Queensryche in this song’s arrangement.  That is obvious right from the song’s outset through Larry Moore’s bass line and McMichael’s bombastic guitar line.  The combination of those elements and Bendheim’s work behind the drum kit conjures thoughts of something from Queensryche circa 1986 (Rage For Order’s release year).  While the song’s musical arrangement shows a direct influence from Queensryche, its lyrical content is different yet still just as thought-provoking as the lyrical themes presented in RFO.

Whereas Red Reign’s opener was an upbeat anti-breakup song, this piece is much deeper with what seems like introspective commentary centered on someone’s efforts to move forward in life and forget the past.  That is inferred as McMichael sings in the song’s lead verse, “Black and pouring rain/I’m running through these streets where no one knows my name/Free/I won’t look back/On all these things that kept me fear/For all these years/I’m gonna break these chains/I’ll break these chains/I’ll breathe again/I’ll breathe again.”  The song’s second verse continues in similar fashion as the song’s subject sings about overcoming certain difficult situations.  Considering this and the power in the song’s musical arrangement, one can’t help but imagine the song is meant to convey a message of overcoming and moving on in life.  That is of course only this critic’s own interpretation of the song and should not necessarily be taken as gospel.  It would be interesting to learn the exact message delivered in the song.  One can only hope the message interpreted here is somewhere in the proverbial ballpark.  Regardless, the power in the song’s musical arrangement and its lyrical content combines to show in whole why it, too plays such an important part in Red Reign’s enjoyment by its target audiences.  It still is not the last song that serves to show why classic rock fans will appreciate this modern rock act’s new EP.  The record’s title track is one more example of what makes this record an effort that will appeal to fans of rock’s biggest age.

‘Not That Way’ and ‘Chains’ are both key compositions showing what makes Red Reign a record that any classic rock fan will appreciate.  That is due to musical arrangements that harken back to the late 1980s and early 90s and lyrical themes that will both uplift and leave listeners thinking.  They are not its only key compositions.  The record’s title track proves to be just as important to its presentation as the previously discussed songs.  As with those songs, the discussion here begins with the song’s musical arrangement.  This time out, the song’s musical arrangement is more directly related to music from the early 90s. It hints at influences from Stone Temple Pilots, Brother Cane, and other slightly harder-edged bands from that era.  One could even argue that there is a hint of Van Halen circa 1994 (Balance) in this song’s arrangement thanks to its heavy guitar riffs, bass line and equally heavy vocal delivery from McMichael.  That overall arrangement is just one part of what makes this song stand out.  Its lyrical content will leave listeners thinking just as much as that presented in ‘Chains.’

The lyrical content presented in ‘Red Reign’ will leave listeners thinking (and talking) because of McMichael’s metaphorical language used throughout the song. He sings in the song’s lead verse, “Like a flash of lightning/I burn throughout the sky/Out of the way, I’m running high/I feel the evil coursing through my body and veins/Are you ready to rock this place/Lower the bridge I’m coming through/Red reign down on you.”  One can’t help but wonder what exactly McMichael is saying here.  The song’s second verse is just as intriguing as McMichael sings, “In this house of pain the storm looms large and black/My sanity is off the tracks/You know I’ve got no more home…I’ve come from grace and I can’t go back/Lower the bridge I’m coming through.”  McMichael definitely leaves listeners guessing at his message here.  It would definitely be interesting to learn that message and the story behind the song considering that uncertainty.  The very fact that the song’s lyrical content can generate just as much discussion as its musical content shows why this song is so important to Red Reign’s overall presentation.  When this is all set alongside the musical and lyrical content presented in the previously noted songs the picture painted through the songs is one of a record that, again, any classic rock fan will appreciate.  That is even though the band is a more modern rock act.

Red Reign’s recently released self-titled EP is a work that classic rock fans of any age will appreciate.  It shows with its arrangements–which bridge the sounds of the late 80s and early 90s—and its thoughtful lyrical themes that a lot of time and effort was put into its creation.  That time and effort, audiences will agree, paid off.  It resulted in a record that takes audiences back to a specific era without simply being a carbon copy of songs from that era.  The end result is a record that modern record that classic rock fans will appreciate as much as any original classic rock record.  It is available now in stores and online.  More information on Red Reign is available online now along with all of Red Reign’s latest news and more at: