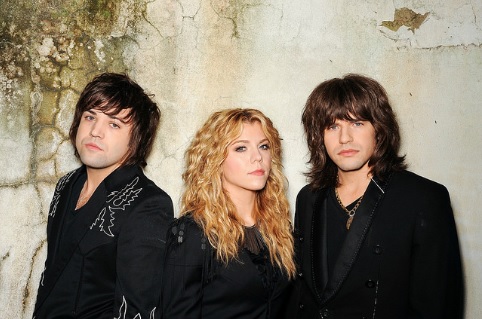 The Band Perry will join American Idol Season 11 winner Philip Phillips at this year’s Super Bowl.  The Perry siblings—Kimberly, Reid, and Neil—will join Phillips at the NFL Tailgate Party.  The NFL Tailgate Party is part of the FOX Super Bowl Sunday broadcast.  Parts of both Phillips’ and The Band Perry’s performances will appear on the network’s pre-game broadcast.

The Band Perry achieved major success with its most recent full length studio recording.  Pioneer has garnered two consecutive #1 Country hits in ‘Better Dig Two’ and its Gold certified follow-up ‘DONE.’  Pioneer as a whole record has been certified Gold.  It debuted at the top spot on Billboard’s Country Albums Chart and #2 All Genre.  ‘Don’t Let Me Be Lonely’, the band’s latest single, currently sits in the #2 spot at Country radio.  The siblings have enjoyed numerous sold out shows on its first ever worldwide headlining “We Are Pioneers” tour and just as many awards.