Nick Perri and the Underground Thieves have joined with Gibson and Sweetwater Sound for a new promotion.

The collective has joined to give away 100,000 free copies of the band’s debut album, Sun Via, which was released last year. As an added push to continue promoting the album, the band debuted the video for its latest single, ‘I Want You’ Thursday through American Songwriter. The premiere comes approximately nine months after the band debuted the album’s lead single, ‘Feeling Good.’

Perri was humble as he talked about the groups’ new partnership.

“The ultimate goal is for people to hear and enjoy the music…always,” he said. “I’m very grateful to be teaming up with Gibson and Sweetwater to do this and share the album experience with as many people as possible. Although there are different moods and narratives throughout the record, I believe the takeaway message is one of hope, love, and good vibes. So yeah, let’s share it!”

‘I Want You’ features a musical arrangement whose sound and stylistic approach makes it immediately comparable to works from the likes of Tom Petty & The Heartbreakers, and The Wallflowers. The song’s upbeat musical arrangement is an interesting pairing with its lyrical side, which focuses on a man who is trying to win over a woman.

The song’s video features Perri performing his single as he makes his way through a city park on the grounds of the Philadelphia Art Museum in his hometown of Philadelphia, PA. He interacts with some extras as he sings, as well as two of his band mates.

In other news, the band has mapped out plans for a summer tour that will re-unite the guys with Blackberry Smoke a year after the two groups last toured together. The band also has dates planned for a co-headlining tour with Cheap Trick founding member Rick Nielsen.

The tours’ dates are noted below.

Sun Via is available now.  More information on the album is available along with all of the group’s latest news at: 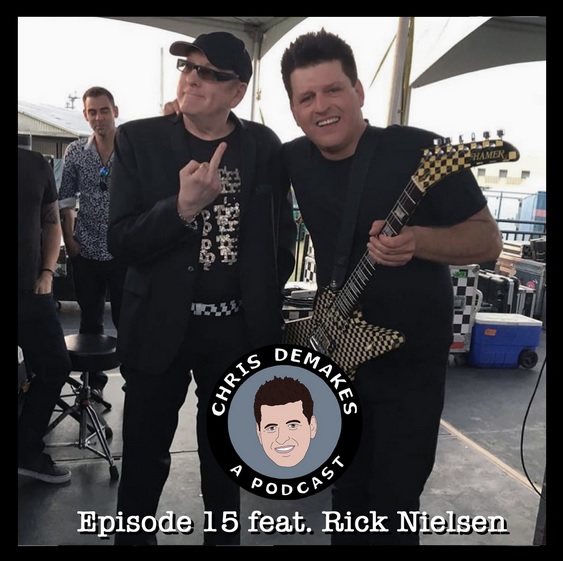 Less Than Jake guitarist Chris DeMakes will have a special guest on his next podcast.

DeMakes had the following to say of the special upcoming podcast.

“This episode means so much to me and is very special because I grew up listening to Cheap Trick.  I had the opportunity to cover their classic hit ‘Surrender’ on the Less Than Jake album Anthem and finally got to meet him when we played a show with them back in May 2017. I’m blown away and honored that Rick Nielsen knows me and my band by name.”

DeMakes has 14 episodes of his podcast available here.  They feature discussions with fellow famed musicians, such as Matt Skiba, Ryan Key, and Tim McIlrath.  DeMakes’ podcasts have garnered attention from major media sources, such as National Public Radio, Rolling Stone, and Vox.

More information on Chris DeMakes’ podcasts is available along with all of his latest news at: