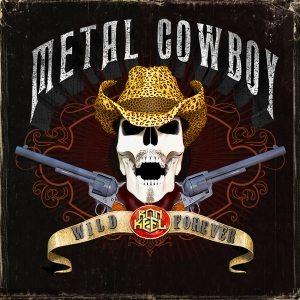 Ron Keel fans will get a double dose of the veteran southern rock artist’s music this year.

EMP Label Group officials announced via press release Tuesday that Keel’s 2014 album Metal Cowboy will be re-issued March 2 via EMP Label Group’s recently launched Southern Rock/Outlaw Country imprint EMP Outlaw.  Along with its release, this year will also see the long-awaited release of Fight Like A Band, the follow-up to Metal Cowboy.  It will also be released via EMP Outlaw.

Keel said of releasing his music via EMP Outlaw that the decision and progress were natural.

“I knew EMP was the perfect home for this project,” Keel said.  “Knowing David (Ellefson) personally, their diverse artist roster, and the quality of their products and business model told me all I needed to know.”

“When someone like Ron Keel comes to you and says he wants to be on your label, it pretty much just happens, and that’s pretty much verbatim how it happened,” Hazaert said.  “One day me and David got an email from Ron saying he was a fan of EMP and he wanted to be on the label. So we created a label just FOR him. Bottom line, Ron is one of the most talented Rock vocalists of our generation, and a true gentleman outlaw, and we are honored to have him as part of the EMP family.”

Keel said his albums’ upcoming releases are a new beginning for him and his new band.

“I want each album to contain new original music, covers of some classics that I love, and brand-new versions of songs from throughout my career,” Keel said.

More information on Ron Keel’s upcoming releases is available online now along with all of his latest news and more at: