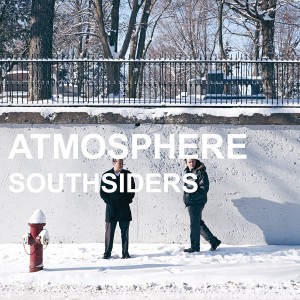 Underground hip-hop/rap duo Atmosphere—Anthony “Ant” Davis and Sean “Slug” Daley—released its latest full length album early last month. Southsiders, the duo’s seventh full length studio release, has been getting rave reviews since that time. And those positive reactions come with good reason as has already been shown through the first two singles from the album—‘Bitter’ and ‘Kanye West.’ The album’s second track, ‘Arthur’s Song’ is just as impressive an example of what makes Southsiders one of the year’s top rap albums. It’s also one more example of why despite being an underground act, Atmosphere continues to be just as good as the major name rap and hip-hop acts that dominate mainstream airwaves today.

Daley and Davis led off their latest album with the song ‘Bitter.’ The duo couldn’t have chosen a better first impression for its latest full length studio effort. While not necessarily a battle rap per se, it tackles the subject of a broken friendship, which is a common theme in rap and hip-hop. What sets this song apart from its mainstream counterparts is that Daley and Davis prove that a song with such a theme doesn’t have to involve foul-language and mentions of guns and drugs. The pair proves the subject can be tackled with a certain amount of class and still be infectious at the same time. As this critic pointed out previously about this single, what’s most interesting in the song is that Daley’s subject that is speaking isn’t even sure what has caused his former friend to become so hateful toward him.  He writes in the song’s lead verse, “Everything used to be so good then/Now it seems like you’re mad at my footprints/I’m only tryin’ to scribble in the book, man.”  There’s a lot of venom in this line.  But it’s justified venom.  Daley’s bite gets even sharper as that opening verse progresses. Case in point, Daley’s subject goes on to say to his former friend, “It’s not my fault you’re hurting/You must have a lot of free time/Otherwise, why you tryin’ to see mine/Strain ya neck/Let the blame project/Don’t give yourself the same respect/So independent but undependable/We’re all gettin’ old/So take a mental note/And  stop being so covetous/The crime is the punishment/Now run and get a sliver of dignity/You ain’t gotta be a figure of misery/You don’t want to be a victim to victory/Listenin’ to a bittersweet symphony.  His subject is telling that former friend, “Hey, We’re getting older.  Stop being this way.  You’re only hurting yourself! So grow up and stop being so immature!”  This is one hundred percent relatable for any listener.  Who out there hasn’t been in the situation of having a friend that turned on them and started hating them without any explanation whatsoever?  That ability of the song to relate to its listeners makes it an instant hit and one of the album’s key moments. It becomes much clearer why this was chosen as the album’s first single.

The album’s second single, ‘Kanye West’ was just as wise a choice as ‘Bitter’ to represent Southsiders. Much has been said of this single and how it is meant to represent the relationship between fellow rapper Kanye West and his relationship with Kim Kardashian. The song’s lyrics definitely leave one to wonder about that. Daley writes in the song’s opening verse, “She said she wanted somebody she could take care of/And right then is when we paired up/Pull a chair up and make a space for yourself/You should taste what I felt/It’s probable/That those on the bottom/Gonna hold you accountable/It’s lonely at the top/And it’s also hostile/Everybody got their own course full of obstacles/Don’t let your heart grow cold like a popsicle/She said she wanted someone to treat her as an equal/And right then we started speeding toward Reno/Burnin’ rubber in the burgundy Reagle/Fly like a dove/Then dive like an eagle/I’m a seventy-duce/That year was a classic/Buzz got loose/And we here tryin’ to catch it/She said she was unimpressed/That’s when I stood up and did the Kanye West.” Listeners and audiences in general can come to their own conclusions about the real meaning behind these words when they compare them to the song’s companion video, which can be viewed online now at http://www.youtube.com/watch?v=3JrDVPsVbVA. Regardless of the song’s lyrical topic, listeners can all agree that it’s one more good representation of what can be expected from this album.

Both ‘Kanye West’ and ‘Bitter’ are impressive representations of what listeners can expect from Daley and Davis from Southsiders. ‘Arthur’s Song,’ the album’s second track is just as impressive as those songs, despite not being one of the album’s singles. Daley raps against an old school style beat here, “Sippin’ on that brown stuff/Got ya feelin’ like you found love/Or maybe it was just luck/Honestly it’s probably none of the above/Train tracks underneath the faceless moon/The payback’s gonna want a statement soon/Been a few years since the last cigarette/But if you put your finger inside/The flask’s still wet/Stick with the fool like s&*% to the wool/Gotta get some tools to try to fix these jewels/Cause we don’t need to hear you sing how spend your time as kingpin/Mad at everything, huh.” Daley keeps on this lyrical introspection through the rest of the song. Perhaps the most powerful statement of the song comes late in its near three and a half-minute run time as Daley writes, “We face pain with pain/Everybody’s the same/When you’re caught in the rain/I guess that’s why I write about it/It helps me wrap my head around it/No matter what the world’s trying to from you/No matter what the world’s trying to make you prove/No matter what the world’s trying to say to you/You gotta write your way through.” It’s a powerful statement. He’s expressing how writing has gotten him through some really tough times. Yet again, it’s not one of those mainstream songs loaded down with foul language. There’s no talk of guns, drugs, etc. He even responds to those songs, saying, “We don’t need to hear you sing how you spend your time as kingpin/Mad at everything.” He’s saying he’s writing about reality but in doing so, it makes him stronger. He’s not writing just to write. It serves a real purpose. And that purpose makes it one more excellent example of why Southsiders is one of the best rap and hip-hop albums of the year. It also proves why Atmosphere continues to be just as good as any rap and hip-hop act dominating mainstream airwaves today. 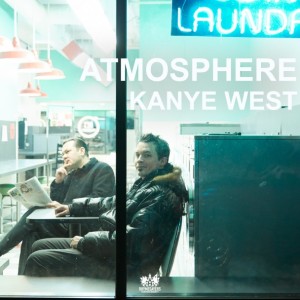 Indie hip-hop duo Atmosphere—Sean “Slug” Daley and Anthony “Ant” Davis—recently released the second single from the group’s upcoming album Southsiders. The single, ‘Kanye West’ is a solid follow-up to the album’s lead single ‘Bitter.’ Daley writes in the song’s opening verse, “She said she wanted somebody she could take care of/And right then is when we paired up/Pull a chair up and make a space for yourself/You should taste what I felt/It’s probable/That those on the bottom/Gonna hold you accountable/It’s lonely at the top/And it’s also hostile/Everybody got their own course full of obstacles/Don’t let your heart grow cold like a popsicle/She said she wanted someone to treat her as an equal/And right then we started speeding toward Reno/Burnin’ rubber in the burgundy Reagle/Fly like a dove/Then dive like an eagle/I’m a seventy-duce/That year was a classic/Buzz got loose/And we here tryin’ to catch it/She said she was unimpressed/That’s when I stood up and did the Kanye West.”   The very first thing that listeners will notice in this song is the length of the verse. The song’s other verse is just as long. That’s not a bad thing, either. As a matter of fact, it’s a good thing. That’s because it’s so unlike most mainstream rap and hip-hop songs stylistically speaking. Instead of just writing a radio friendly rap song, Daley and Davis have crafted a piece in this song that paints a vivid musical story.

Speaking of writing a musical story, the video for ‘Kanye West’ can be viewed online now at http://www.youtube.com/watch?v=3JrDVPsVbVA. The companion video, which presents an older Asian man and a younger black woman, is quite the effective companion to the song. The meaning behind the visuals has been hotly debated. Some have gone so far as to say that the elderly man is supposed to represent Kanye West and his waning relevance. Others have made reference to North West, the daughter of West and his wife. Regardless of whether there’s any credence to these theories, the video for the song brings the song full circle. Just as the song will keep audiences listening, so will the companion video. The two together make ‘Kanye West” one more contender from Atmosphere to be one of the year’s best new singles.