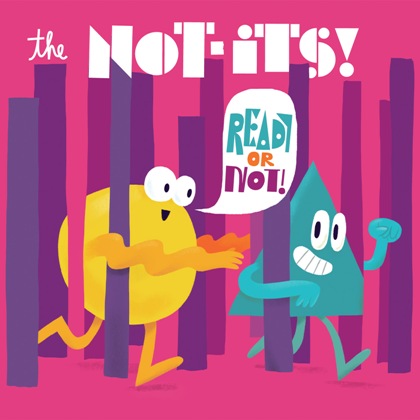 Family music is one of the most surprisingly entertaining genres that exists today across the musical universe.  That statement is just as true today as it ever has been thanks to this year’s crop of new albums.  Between the arrangements, which will entertain listeners of all ages and the lyrical themes, to which young listeners especially will connect, family music albums prove that they are just as viable as those of their mainstream counterparts.

That is why this year, just as in years past, Phil’s Picks is making sure to give those albums their own time in the light.  This year’s list features new releases from acts such as Mister G, The Not-Its, The Okee Dokee Brothers and plenty of others who might not be so well-known.

Topping this year’s list is the new album from Seattle’s own The Not-Its.  As noted in a previous review of that album, it is a full-on celebration of childhood and the innocence connected to that time in life.

The Okee Dokee Brothers’ latest album Winterland was a risk for the duo because of the success of the group’s “adventure albums” that preceded the record.  Yet, it was a risk that proved to pay off thanks to its musical and lyrical content, which uses winter themes to delve into some very deep and very grown-up topics.

Cheri Magill’s new indie-pop styled record Tour Guide takes third place in this year’s list thanks to its arrangements and its own celebration of childhood (and even parenthood).

The records noted here are just part of this year’s list.  The other 12 records featured in the list are noted with these records below.  As always, the list features 15 total albums, with the Top 10 being the top albums and the following five being honorable mentions. without any further ado, here is Phil’s Picks’ 2018 Top 10 New Family Music Albums.

The little things in life are what matter more than anything else.  The world doesn’t want us to remember that, even on a daily basis, and that is just sad.  Thankfully, every now and then something comes along, jogs our memories and reminds us of that importance, taking us back to that happy place each time in the process.  The problem is that it seems like nowadays, there are not enough reminders of the little things.  Enter veteran family entertainer Steve Elci and his new forthcoming album Jump in the Puddles.  Currently due out July 13 via Imagination Nation Records, the 10-song record is a pleasant 28-minute reminder of the little things and their importance.  That is thanks in no small part to its varied lyrical themes.  They will be discussed shortly.  Its equally varied musical arrangements add to the album’s enjoyment.  They will be discussed later.  The record’s sequencing puts the finishing touch to its presentation.  All things considered, the elements noted here make Elci’s new album a welcome musical reminder of the simple things in life and their importance.  To that end, it makes itself one more easy candidate for a spot on any critic’s list of the year’s top new family albums.

Steve Elci & Friends’ new family album Jump in the Puddles is a welcome, pleasant reminder of the little things in life and their importance.  This statement is supported in part through the album’s varied lyrical themes.  Right from the album’s outset Elci and company offer up a reminder of the joys of something as simple as…well…jumping in puddles in the album’s lead/title track.  Elci sings in this song, “I’m gonna jump in the puddles ‘til the moon comes out to play.”  Every child out there knows the joy of this simple act, yet sadly, so many adults have forgotten that joy.  It would be no surprise that any adult who gives this simple act will almost instantly remember the joy of the moment.  That is especially the case when enjoying such an activity with one’s own child or children.  This is just one of so many examples of how the simple things addressed in this record and their importance make the album in whole so enjoyable.  The simplicity of saying “hello” and making a new friend or even at the least, putting a smile on someone else’s face is another one of those wonderful simple things.  It is addressed in the aptly-titled ‘Hello Song.’  Through this song, listeners learn various ways to say hi and hello to one another.  It might not seem like much, but that simple act of saying a simple hello or hi can make all the difference in others’ lives and even one’s own life.  That is because that one kind gesture — that recognition of others’ very existence – can just be so positive.  Considering everything going on in the world today, this is especially important to note because there is so much anger and hatred in the world.  A simple hello can be the start of a wonderful friendship that can last a lifetime.  Again, here, audiences get a song that lyrically talks about something simple yet can have such a far-reaching impact.  In turn, it continues that theme of the simple things presented throughout the album, showing once more why this album is so enjoyable.  As if that isn’t enough, simplicity of being a friend is addressed in ‘Shine On.’  This is a reminder that, again, even adults need, as so many adults have forgotten the joy of this simple activity.  It’s just one more example of why the lyrical themes presented in this record make the album in whole such a welcome new offering from Elci and his fellow musicians.  It is by no means the last theme that supports that statement, either.  Every one of the themes presented across this record could be cited.  Again, regardless of which theme is cited, they collectively give listeners of all ages plenty of reason in themselves to take in this album.  Keeping that in mind, the lyrical themes are only part of what makes the album in whole so enjoyable for the whole family.  Its musical arrangements collectively play well into the album’s presentation, too.

The musical themes presented throughout the album are just as varied as its positive lyrical themes.  From start to end, Elci and company never repeat themselves at any point.  It all starts with a fun, funky guitar-driven arrangement that takes listeners back to the 1960s.  While the mid-tempo arrangement is driven by its guitar line, that line is only part of what makes the arrangement so enjoyable.  The subtlety of the horns in their support role and the solid time keeping by Shawn Fake adds so much more enjoyment to the song – so much that even grown-ups will enjoy this song if only for the arrangement.  The driving, Americana/rockabilly style instantly conjures thoughts of Jerry Lee Lewis and even Stevie Ray Vaughan.  As with the album’s opener, it is yet another simple arrangement that brings so much joy through that simplicity.  Again, here we have a celebration (even if it’s unintentional) of the simple things in life.  It certainly is not the last example of the simplicity in the songs’ arrangements and connected importance thereof.  The classic doo-wop vibe of ‘Teddy Bear, with its simple guitar, piano and horns joins with the classic country vibe of ‘Bumblebee’ show even more, the variance of the album’s musical arrangements.  Their simplicity adds to the album’s depth that much more, too.  When they are considered along with the other arrangements not discussed directly here, the whole of the album proves even more that enjoyable and welcome in any family’s music library.  Even with all of this in mind, there is still at least one more item to note that makes Jump in the Puddles so enjoyable.  Its sequencing puts the final touch to its presentation.

Because the musical arrangements and lyrical themes presented in this album are so different from one another throughout, obviously the songs’ energies will be just as varied.  Keeping that in mind, the sequencing of those energies, arrangements and themes makes the album in whole complete.  What listeners will note about the sequencing here is the stability that it creates for the record’s foundation.  The record starts out with a trio of mid-tempo pieces whose energies remain stable even despite the styles being difference from one another.  As the record continues, it picks up a little with the previously discussed Americana/rockabilly tune that is ‘Balloon.’  The energy slowly pulls back from that point, going back to a mid-tempo energy in ‘Shine On’ and then to a slightly slower work in ‘Bumblebee.’  Things pick back up a little bit in ‘Baby Get Up’ while ‘Hello Song’ offers its own variety within itself, starting slow and gentle before eventually changing to a more upbeat arrangement about halfway through.  That upbeat half is maintained in ‘This Three-Chord Song’ before the album pulls back again in the gentle, simple ‘Trampoline.’  Simply put, what audiences get here is an album that rises and falls in all of the right points in its energies.  The time and thought put into making that happen is to be commended for those behind the album’s production.  Considering this along with the positives already noted in the record’s musical arrangements and the lyrical themes, which promote the simple things in life, the whole of those elements makes Jump in the Puddles a simple joy for the whole family.

Steve Elci & Friends’ new album Jump in the Puddles is a simple musical joy for the whole family.  As has been noted, that id due in part to lyrical themes that promote the joy of the simple things in life.  The equally varied and equally varied musical arrangements do their own part to make the record such a joy.  The same can be said of its sequencing.  Each element plays its own important part in the album’s whole.  All things considered, they make the album a simple joy for the whole family.  It will be available July 13.  More information on Jump in the Puddles is available online now along with all of the latest news from Steve Elci & Friends at: