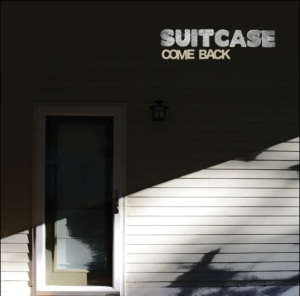 Independent Seattle,WA-based band Suitcase is scheduled to perform live this weekend with Another Perfect Crime and Subways.

In anticipation of the show, the band recently debuted the video for its latest single ‘Super Knife.’  The band debuted the video Dec. 13.  The video, which originally premiered through Northwest Music Scene, features various shots of the band in a forested setting performing their new single.  The song itself presents a distinct emo-style sound in its arrangement.

The song’s lyrical content somewhat matches that sound, as vocalist Don Farwell explained in a recent interview. It reflected on a friend who survived a serious injury, he noted.

“This song is a series of flashback memories of this friend, while the chorus/outro are more a meditation on human frailty, friendship and loneliness,” he said.  “I feel like the song translates across the entire album.”

‘Super Knife’ is taken from Suitcase’s new full-length studio recording Come Back, which is available now through the band’s official Bandcamp site. The song is the album’s third single. The album, whose track listing is noted below, has also produced the singles ‘Come Back’ and most recently ‘Good God Why Did I Do This?’

More information on Suitcase’s upcoming performance, its new single and video, and latest news is available online now at: