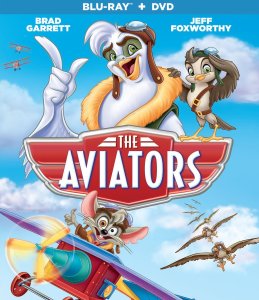 This critic has time and again publicly voiced a certain amount of disdain for the mainstream movie industry in its current era.  The reason being that Hollywood’s major studios have increasingly shied away from everything that once made it so great.  This includes not only live action movies but animated features, too.  While the movies that make up Hollywood’s live action fare have increasingly been little more than a jumble of prequels, sequels, and remakes, the major motion pictures that call themselves animated have been just as disappointing.  The central reason for that disappointing nature of Hollywood’s major “animated” features is their cookie cutter appearance. Whether from Dreamworks, Pixar, Disney, or another studio, the major “animated” motion pictures that have been released in the last ten years or so have looked alike.  And while the scripts behind those movies have themselves been original, it is the look of the movies that has hurt them more than anything.  For all of those look-alike features churned out by Hollywood’s major studios, there are smaller, lesser-known studios out there that pick up the major studios’ slack.  Such is the case with Cinedigm’s new family friendly historically based flick The Aviators.  This movie could not have come along at a better time.  While it’s obvious that computers played a distinct role in the movie’s creation, some of the movie’s animation actually looks like it might have been crafted by hand.  It’s difficult to say without full knowledge of its creative process if any of it was crafted by hand.  But the balance of those parts that were obviously handled via computer and those that might have been hand crafted is enough within itself to make this movie worth at least one watch.  The historically-based story behind the movie also plays its own role in the movie’s enjoyment, too.  And last but not least is the collective various formats in which the movie is made available to audiences.  It is available on Blu-ray/DVD combo pack, stand-alone DVD, and Digital HD.  Its availability in three formats gives audiences plenty of viewing options.  It is its own important part of the presentation’s success.  When combined with the movie’s look and its script, all three elements prove the Aviators a movie that flies quite well indie flick or not.

Cinedigm’s new indie family friendly feature The Aviators is something of an anomaly in the current era of the animated film.  In an age when so many look-alike CG-based movies are churned out each year by Hollywood’s Power Five studios, claiming themselves to be “animated,” this movie has come along and broken that metaphorical mold, mixing those too oft used CG elements with a design that may or may not be hand crafted.  The mix of those CG and potentially hand-drawn elements together makes The Aviators stand solidly among its mainstream counterparts.  In turn, it makes it a movie that is well worth the watch if only for that one reason.  Even if the elements that look hand crafted were in fact created via computer, their look is so close to something hand-made that one wouldn’t even know the difference.  That speaks volumes about the painstaking efforts on the part of those charged with bringing the movie to life. They are entirely deserving of every bit of praise given to them for those efforts.  It could even be argued that considering the end result of those efforts, the “animators” behind Hollywood’s more well-known CG flicks could take a lesson or two from them.  And with any luck, said lessons could actually result in a new birth of stylistic originality from Hollywood’s major “animated” movies.

The largely original and creative look of The Aviators is itself plenty of reason for audiences of all ages to check out this family friendly indie flick.  In the same vein, the movie’s largely original and creative story makes it just as worth the watch.  On the surface, it could be argued that The Aviators is just another movie based on actual events.  But the reality of the movie is that it is anything but.  Writer/Director Miquel Pujol and co-writer Iban Roca took one specific element of WWI’s bigger history and used it to craft this story of one group of carrier pigeons’ determination and how it helped the allies win the war.  Roca and Pujol don’t even attempt to call the movie a work based on actual events.  They just took the story of how carrier pigeons were used and used it to craft this largely original story. There’s not even any attempt at the over embellishments that are so overly common with its more well-known counterparts.  It’s just one more reason that audiences of all ages will enjoy this movie. As if it isn’t enough for audiences, the various formats in which the movie has been made available for viewers most definitely gives even more reason to applaud both the movie itself and Cinedigm.

Cinedigm’s The Aviators may not be a new release overseas. But here in the U.S. it is. It was originally released in Spain in 2008. Since its original release, the world of animated movies has taken a dramatic decline here in the United States. The cookie cutter appearance of American “animated” movies coupled with their own falling victim to Hollywood’s trend of prequels, sequels, and remakes has made them far less the viable force that they once were in Hollywood’s golden era. Taking this into consideration, it makes The Aviators all the more worth the watch by audiences of all ages. Making it even more worth the watch is that it is available for audiences in three separate formats. Those formats are a stand-alone DVD, a Blu-ray/DVD combo pack, and Digital HD. On the surface, it may not seem like that is much of a factor. But it really is. It shows that Cinedigm has paid tribute to all of the movie’s audiences regardless of the format to which audiences have access. Audiences with a DVD player can watch it on DVD. Those that perhaps have access to both a Blu-ray player and DVD player can pick up the movie in its combo pack presentation. What’s more, since there are apparently no mobile Blu-ray players out there yet, the combo pack lets audiences watch the movie on Blu-ray or DVD at home, and watch it on DVD on the go. Speaking of on the go, audiences with tablets can download the movie in its Digital HD format and watch it on the go, too effectively saving space in terms of perhaps packing for a trip of any length without losing the chance of watching the movie in the process. Understanding now the importance of the movie’s various formats, audiences should see clearly why this part of the movie’s overall presentation is so important. Together with the movie’s outstanding animation style and its original script, its various presentation formats solidify the success and enjoyment of The Aviators. Together, they show once and for all why The Aviators is just as good as any “animated” feature from Hollywood’s Power Five studios past or present. In turn, they show exactly why The Aviators is worth at least one watch by audiences of any age.

The Aviators is available now online and in stores. More information on this and other titles from Cinedigm is available online now at:

Walt Disney Studios announced before the release of its 2010 movie, Tangled, that the movie in question would be the last of its princess movies for the foreseeable future.  It noted that it wanted to focus more on male audiences.  This announcement sent waves through the entertainment world.  While Tangled may have been the last of Disney’s princess movies for the foreseeable future, young female audiences did still have movies aimed at them in the form of the new Tinkerbell adventures.  These movies have seen their own level of success.  Now another new movie has been released featuring Peter Pan’s fairy sidekick.  It’s called Secret of the Wings.

The Secret of the Wings is another good addition to the Disney Fairies franchise.  The first thing that stands out about this new release is that it carries on the long held Disney tradition of emphasizing the importance of family.  The continued tradition is directly linked to the secret that Tink discovers when she sneaks across the border into the Winter Mountains.  She meets “The Keeper”, and another fairy who as it turns out, will change everything that she ever knew about her life.  The secret that she learns the first time she goes to meet “The Keeper” is only one secret.  As a result of this first revelation, Tinkerbell also makes an even bigger revelation at the story’s end.  That revelation is tied into another familiar element that makes this a good movie for its audiences.

As already noted, Secret of the Wings will impress viewers as it maintains the theme of family importance that the company’s older works have held.  There is another long held element that makes this movie just as good as its previous princess movies.  Whether it was princess Jasmine, Ariel, Rapunzel, or any of the others, Disney has always made its princesses relatively headstrong.  That headstrong nature has helped lead to change in their kingdoms.  Tinkerbell is much the same way in Secret of the Wings.  It’s because of her determination to overcome the old ways that change eventually comes both to Pixie Hollow and the Winter Mountains.  Of course, that headstrong nature is also the catalyst for the conflict that would eventually lead to the change, too.

The conflict caused by Tinkerbell’s determination leads to another positive factor for the feature’s audiences.  It teaches audiences about the values of not only teamwork, but also of friendship and the importance of family.  The value of teamwork and friendship is something that both male and female audiences can appreciate.  And in terms of the value of family, young female audiences will especially appreciate this message as it’s directly tied to the secret that Tinkerbell learns in this story.

The central themes of Secret of the Wings are important elements in this feature’s success.  They go a long way toward making a story worth watching again and again.  The computer generated world created here will especially keep audiences watching.  The lush colors of Pixie Hollow and the contrast of the Winter Mountains are expertly designed.  They come together to stand out quite well against Disney’s other CG based features that have previously been released.  The people behind this world’s creation are to be commended for that, as it’s nice to see a CG based movie that doesn’t serve as a mirror image to so many others in its genre.

So much work went into bringing Secret of the Wings to life.  Both the writing and the time spent creating the computer generated world had to have been intensive.  There is one more element that helped to make Secret of the Wings a success.  That element was the voice acting.  The voice cast for this movie reads like a who’s who of Hollywood A-listers.  Veteran actor Timothy Dalton (James Bond, The Rocketeer) joins Anjelica Huston (50/50, The Darjeeling Limited, Martian Child) who returns again as the voice of Queen Clarion.  Dalton lends his talents as the voice of Queen Clarion’s love interest, Lord Milori.  They aren’t the only well known names on board for this ride.  Lucy Liu (Charlie’s Angels, Kung Fu Panda, Kill Bill Vol. 1), Raven-Symone (The Cosby Show, That’s So Raven) and pop star Jesse McCartney are all on board this time around.  The chemistry between the cast adds another element of enjoyment for audiences of all ages.    That chemistry mixes with all of the aforementioned elements to make a feature that audiences will enjoy both the first and hundred and first time they have seen it.