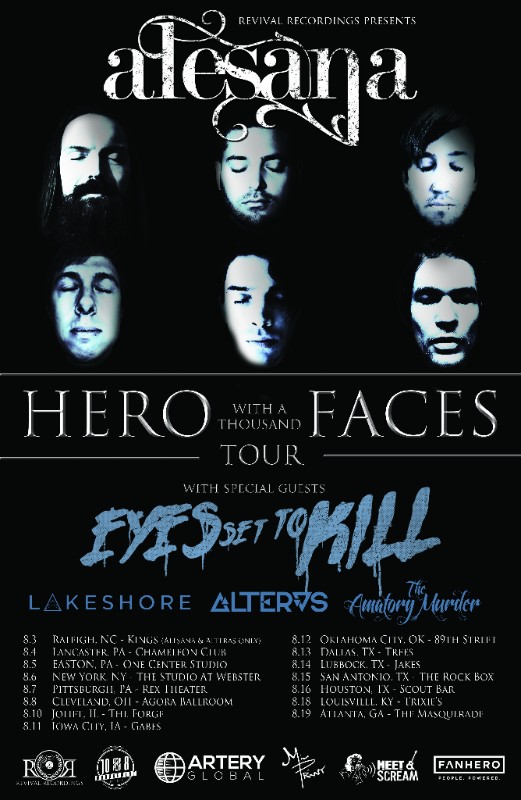 Things are picking up again for Eyes Set To Kill.

The Arizona-based hard rock outfit announced Friday a new string of live dates with Alesana for its “Hero With A Thousand Faces” U.S. tour.  Eyes Set To Kill, which released its new single ‘Break’ in March, will serve as support on the tour alongside Lakeshore, Alteras and The Amatory Murder.

Eyes Set To Kill front woman Alexia Rodriguez spoke on behalf of the band, saying the band is looking forward to the tour, which begins Aug. 3 in Raleigh, N.C. and runs through Aug. 19 in Atlanta, GA.

“We’re very excited to finally tour with our friends in Alesana!,” Rodriguez said.  “This will be a great time, so be sure to come out and have fun with us if you live near any of these cities.”

Eyes Set To Kill will join the tour on its second date on Aug. 4 in Lancaster, PA.  The current schedule for the “Hero With A Thousand Faces” U.S. Tour is noted below.

More information on Eyes Set To Kill’s upcoming live dates is available online now along with all of the band’s latest news and more at: