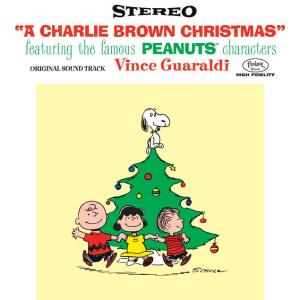 One of the greatest soundtracks of the 20th century is getting a special vinyl re-issue.

A Charlie Brown Christmas Original Soundtrack will be re-issued on vinyl Nov. 17 via Craft Recordings, the catalogue branch of Concord Music Group.  Originally recorded by the Vince Guaraldi Trio, the new 180-gram vinyl re-issue will include rare artwork from the soundtrack’s original 1965 release.

The soundtrack was certified quadruple platinum by the Recording Industry Association of America (RIAA) in 2016, making it one of the best-selling jazz albums in music history, second only to Miles Davis’ seminal 1959 album Kind of Blue.  The record features some of the entertainment industry’s most well-known themes including the famed ‘Linus and Lucy’ and ‘Christmas Time Is Here,’ which opens the animated classic.

The soundtrack’s sales numbers are collectively not its only key note.  It was inducted into the Grammy ® Hall of Fame in 2007and the Library of Congress’ National Recording Registry in 2012.

The track listing for the single-LP vinyl re-issue is noted below.

More information on this and other titles from Craft Recordings is available online now at: