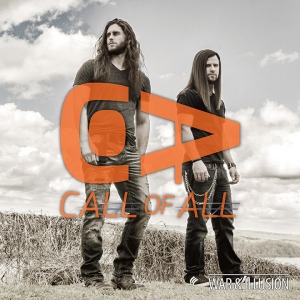 The band, composed of Hunter Watson and Cody Webb, released its debut album War & Illusion Friday, Aug. 25.  Webb produced and engineered the 7-song album, whose lead single and title track has earned the act quite a bit of attention since debuting this past June.  The song’s video has been viewed almost 100,000 times since its debut June 26.

Watson talked about the album, his acting career and more recently during an interview with al.com including Watson’s early music career. War & Illusion can be downloaded at iTunes now and streamed at Spotify.

More information on Call of All is available online now along with all of the band’s latest news and more at: