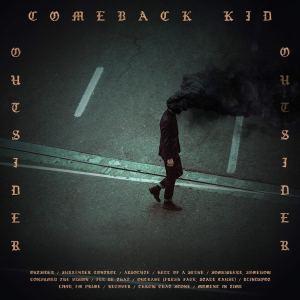 The band debuted the video for its new single ‘I’ll Be That‘ on July 12.  the song is taken from the band’s most recent full-length studio recording, 2017’s Outsider. Directed by Sami Joensuu and shot in Lisbon, Portugal, the video follows an unidentified man who is running from an unseen force throughout the course of its nearly four-minute run time.  Eventually audiences find out who and what he’s running from at the video’s end.  It should be noted here that viewer discretion is advised because of the video’s final scene.  It is a little graphic.

The band explained in a collective statement, what it was trying to get across through the video in a recent interview.

“For ‘I’ll Be That,’ we shot another hybrid video working with our good friend from Finland, Sami Joensuu, for the second time.  We collaborated on the narrative, trying to incorporate a story that involves someone being their own worst enemy and trying to escape themselves before it all catches up to them,” the band said in the statement.  “the band performance was shot in Lisbon, Portugal on an afternoon before  we played a show there earlier this year, We’re excited to finally get this out.”

Along with the debut of its new video, Comeback Kid also announced this week, a new slate of live dates in support of its forthcoming album.  The nearly seven week North American tour spans cities in Canada and the United States, and is scheduled to launch September 13 in Ottawa, Ontario, Canada.  No Warning and Higher Power will serve as support for the Canadian leg of the band’s tour.

The U.S. leg of the tour is scheduled to launch October 23 in Austin, Texas and to run through October 31 in Louisville, Kentucky.  Madball and Pears will serve as support on the U.S. leg of the band’s tour.  The current schedule for Comeback Kid’s upcoming tour is noted below.

Stay tuned for more US dates!