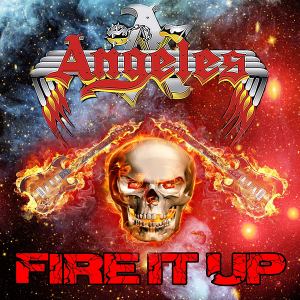 Rock band Angeles will open the new year with a new slate of live dates.

According to a news release, the band will open 2020 with a performance Jan. 2 at the famed Whisky A Go-Go. Rough Riot will join the band for that show. The band will follow up that performance with a concert Jan. 17 at the Universal Bar & Grill and another Feb. 14 at Sunshine Studio in Colorado Springs, CO.

After taking off some time to rest and recharge, the band will perform live March 7 at Petie’s Place in Los Angeles, CA. A return date March 27 at the Whisky A Go-Go is also scheduled along with a show April 19 at the Rainbow Bar & Grill in Hollywood, CA.

Before it launches its new year’s dates, the band will close out 2019 with performances Dec. 29 and Dec. 31 at the Whisky A Go-Go and Wood Music Studios respectively.

Angeles’ current tour schedule is in support of the band’s latest album Fire It Up. The album is scheduled for release Dec. 13 through Dark Star Records.  More information on Angeles’ upcoming tour dates, news and more at: