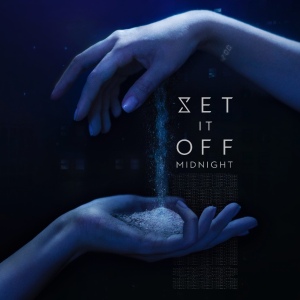 Set It Off is giving listeners another preview of its upcoming album.

The band debuted the video for its new single ‘Lonely Dance‘ on Monday.  The song is the second single from the band’s forthcoming Fearless Records debut album Midnight, which is currently scheduled to be released Feb. 1.

The sci-fi style video places the band on board a spaceship, facing a dangerous alien force much in the vein of so many sci-fi horror flicks.  Meanwhile, the song’s upbeat arrangement plays against the video, accompanying a seemingly positive lyrical message.

Carson explained that lyrical message in an interview, saying that ‘Lonely Dance’ focuses on a very targeted audience.

“Welcome to ‘Lonely Dance,’ the anthem of the introvert, where we can all be content and not feel like a freak for just wanting to stay inside where we feel at home.  We’re really excited about this song and the music video accompanied with it.”

Carson elaborated on the video’s concept saying that it illustrates the song’s message very well.

“It’s honestly my favorite music video of ours to date,” Carson said.  “As far as the concept, how can you get more isolated than space?  It was an unbelievable experience to work on a set so intricate as beautiful as that spaceship, and the team behind the camera were just amazing!”

The premiere of the the video for ‘Lonely Dance’ comes almost four months after the band premiered the video for Midnight‘s lead single, ‘Killer in the Mirror.’  Despite it’s semi-poppy sound, that song is a hard-hitting piece that seems to center on those people who can dish it out, but cannot take it.

Pre-orders for Midnight are open now.  The full track listing is noted below. 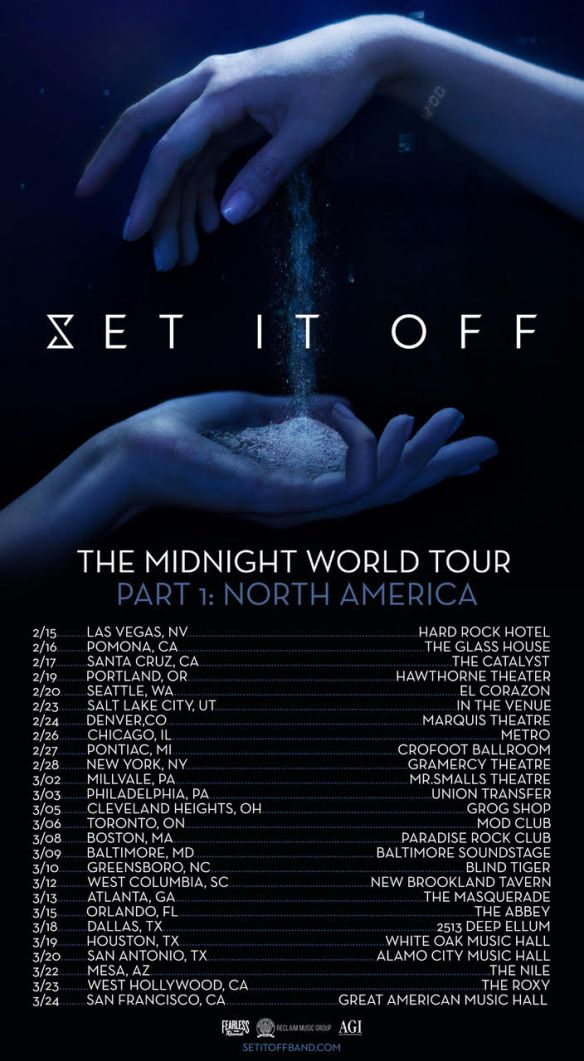 Along with the announcement of its new video, Set It Off also recently announced it will tour in support of Midnight this winter.  The band’s current schedule is set to launch Feb. 15 in Las Vegas, Nevada and to run through March 24 in San Francisco, California.  The tour also features dates in Greensboro, North Carolina; Portland, Oregon and Denver, Colorado.  The tour’s current schedule is noted below.

Midnight is Set It Off’s fourth full-length studio recording.  The band’s full-length debut Cinematics was released in 2013 via Equal Vision Records.  It was followed up in 2014 by the release of Duality, Duality: Stories Unplugged in 2015 and Upside Down in 2016.

Prior to the release of Cinematics, the band released its debut EP Baby,You Don’t Tripjaharda in 2008.  Its sophomore EP Calm Before The Storm followed in 2009 and its third EP Horrible Kids in 2011.

More information on Set It Off’s new single, video and tour is available online now at: