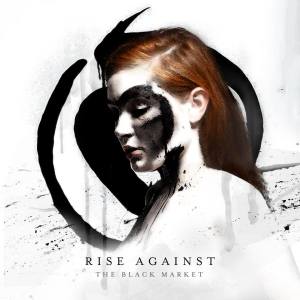 Rise Against announced two big pieces of news this week.

The band announced this week that it will kick off the New Year with a whole new slate of tour dates. It also announced the debut of the video for its new single ‘Tragedy + Time.’ Rise Against will join Linkin Park for the North American leg of its “Hunting Party Tour,” which kicks off Thursday, January 15th in Orlando, Florida. Both bands are currently touring in support of their respective new albums The Hunting Party and The Black Market. Of Mice and Men will serve as support act. It is touring in support of its latest full length studio effort Restoring Force. That album was released on January 28th of this year. Rise Against front man/guitarist Tim Mcllrath discussed the bands’ pairing in an interview. He noted that he is looking forward to the tour both for the bands and for their fans. “After crossing paths with these guys at festivals around the world over the past decade, we’re excited to finally share the road with Linkin Park,” he said. “We think this will be a great experience for all our collective fans.” Tickets can be purchased now for the tour via Ticketmaster. The full schedule for the tour is listed below. It includes a performance at the Greensboro Coliseum in Greensboro, NC on January 28th. 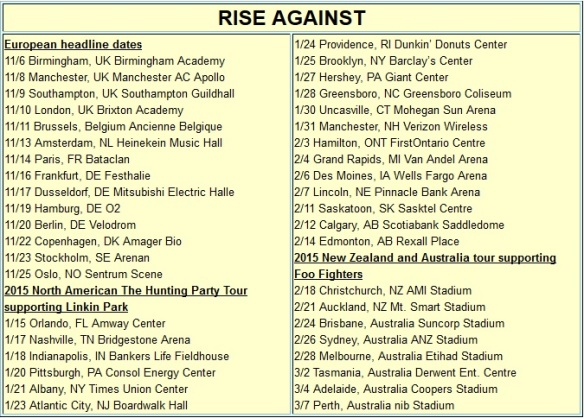 Along with the announcement of its tour with Linkin Park, Rise Against also announced this week the premiere of the video for its new single ‘Tragedy + Time.’ The video, which can be viewed online now via Vimeo, was co-directed by Wed Kandel and Casey Hupke. The concept behind the video was meant to illustrate the song’s lyrical message of a person moving from a difficult and dark emotional place to a much brighter place; a journey from dark to light so to speak.